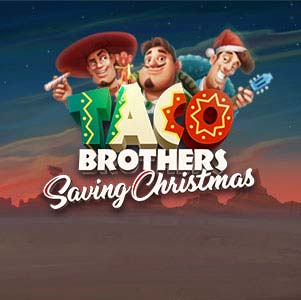 Residents of Wexford, a small fishing village in the south-east of Ireland, are said to be ‘gripped with excitement’ after it was revealed a €2 million Irish Lotto jackpot was won there. It’s the second consecutive draw in which the top prize has been won, and the owner of the seven-figure windfall has now been urged by lottery officials to come forward to claim their prize.

The lucky Quick Pick ticket for the draw on Saturday 16th June was bought at a Mace Burrows store in Kilmore Quay, Wexford. It matched the six main numbers 6, 26, 27, 32, 45 and 47 to take home the top prize. The Bonus Ball was 9. Wexford is a small seaside town with a population of just over 300 people, and the staff at the family-run store are in ‘absolute shock’ after finding out that they sold the winning ticket.

The store’s owner John Brady said: “I got the call late last night from the National Lottery and the news still hasn’t sunk in. We are a small store in Kilmore Quay and this is our first big lottery win. The only thing that keeps this store going is our incredibly loyal local customers who keep the business ticking over all year round.

“Knowing that one of these people who we see on a daily basis is waking up with a Lotto ticket worth €2 million is just fantastic. We’re genuinely thrilled for whoever the winner is and we’ll be enjoying the celebrations with all of our customers over the coming days.”

Staff at the Mace Burrows store added: “We're absolutely delighted, there's a buzz going around the village already. It will make the town more vibrant than it already is. It's been a brilliant season so far. It's brought a bit of excitement for all the staff here too of course. We're hoping it was someone living here and not passing through, but even if it was someone passing through we're delighted for them and wish them all the best."

There were 35,335 Lotto winners on the night, including 21 Match 5 plus Bonus Ball winners of just over €105,000 each. June has proved to be a prosperous month for Irish lottery players. This latest €2 million jackpot win follows on from the the €2.9 million top prize won in the previous Lotto draw on Wednesday 13th June and the 32-person Irish syndicate that won a EuroMillions jackpot worth €17 million.

Third Jackpot Winner In a Row?

You could create history by becoming the third Irish Lotto jackpot winner in a row in the draw on Wednesday 20th June. The jackpot has been reset once again to €2 million, so visit the Lottery Tickets page now to be in with a chance of winning. Best of luck!