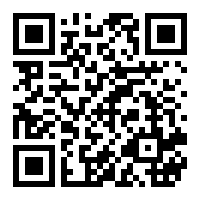 Irish Lotto has been offering great value games and creating big winners since 1988. Take a look at the fascinating history of the game:

In April 2018 the Irish Lotto celebrated 30 years of draws! It was revealed that, in this time, over €2.5 billion in jackpot prizes had been won. The top three luckiest counties were found to be Dublin, Cork and Galway. They had 837 top prize winners between them.

Irish Lotto was drawn for the first time, with players trying to match six numbers from a choice of 36.

A Wednesday night draw was introduced.

A Dublin syndicate, led by Stefan Klincewicz, attempted to buy up all possible Irish Lotto combinations in order to guarantee a jackpot win. Although they shared the jackpot with two other ticket holders, prizes won in the other tiers meant they made a profit of just over IR£300,000 before expenses.

Lotto Plus was introduced, giving players' numbers from the main game a second chance to win a prize. Entry cost an additional IR£0.25 for each line, with a fixed jackpot of IR£250,000 available.

The Euro was introduced, meaning that the price of a single ticket was €0.95 and the base jackpot was set at €1.269 million.

A group of 16 workers at a quarry in Co Carlow won €18.9 million, the biggest ever Irish Lotto jackpot.

The Wednesday night draw was postponed due to a technical fault that prevented players from buying tickets. The draw was eventually held the next night.